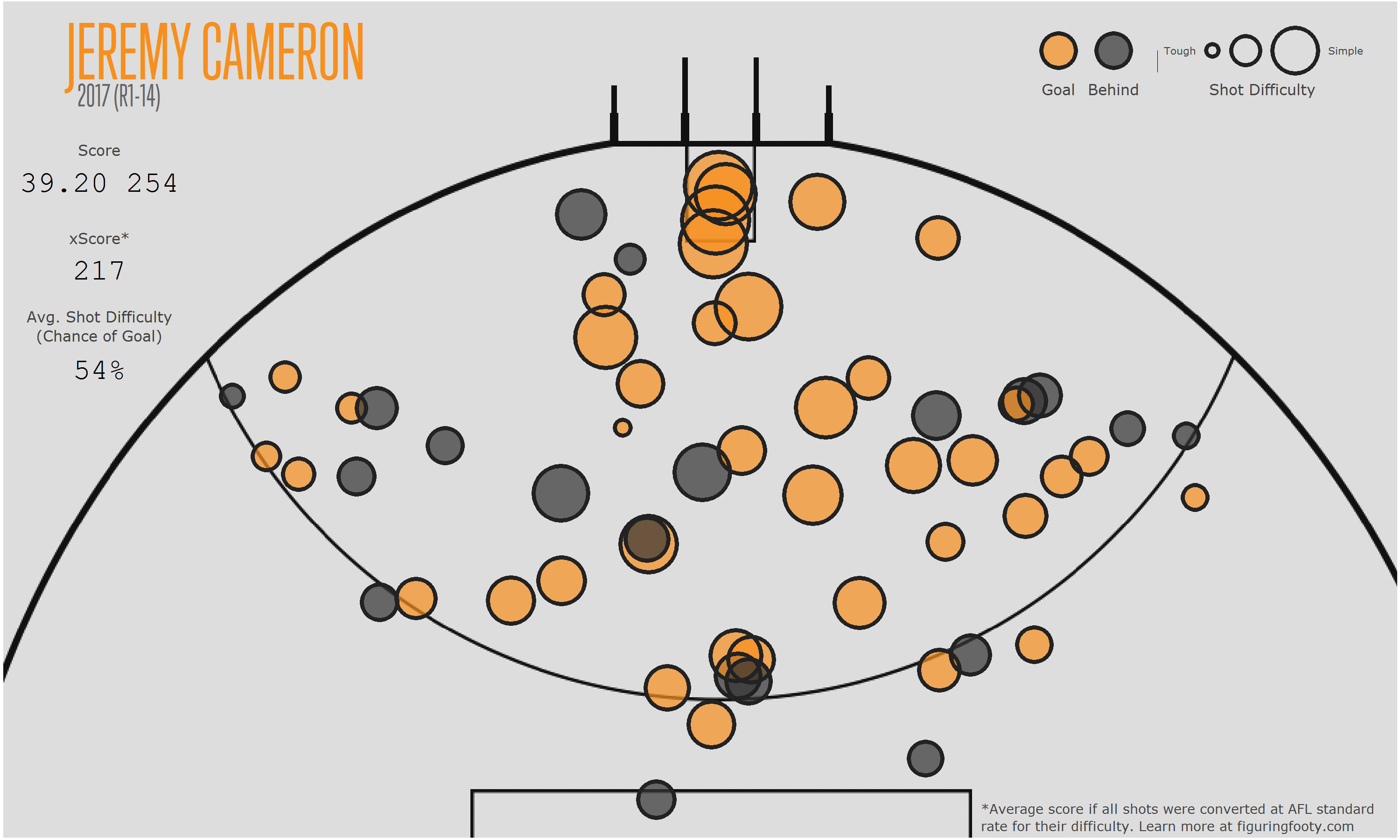 The injury to Josh Kennedy is dragging on. With Adam Simpson ruling out the two-time Coleman medalist from the Eagles’ elimination final rematch with the Dogs on Saturday, the calf injury that was originally expected to see Kennedy miss just the one game is now stretching into its sixth week. This is bad news for the Eagles, but it does have the positive side effect of throwing the race for the Coleman medal wide open.

Source: Every Shot in the 2017 Coleman Medal Race – Figuring Footy