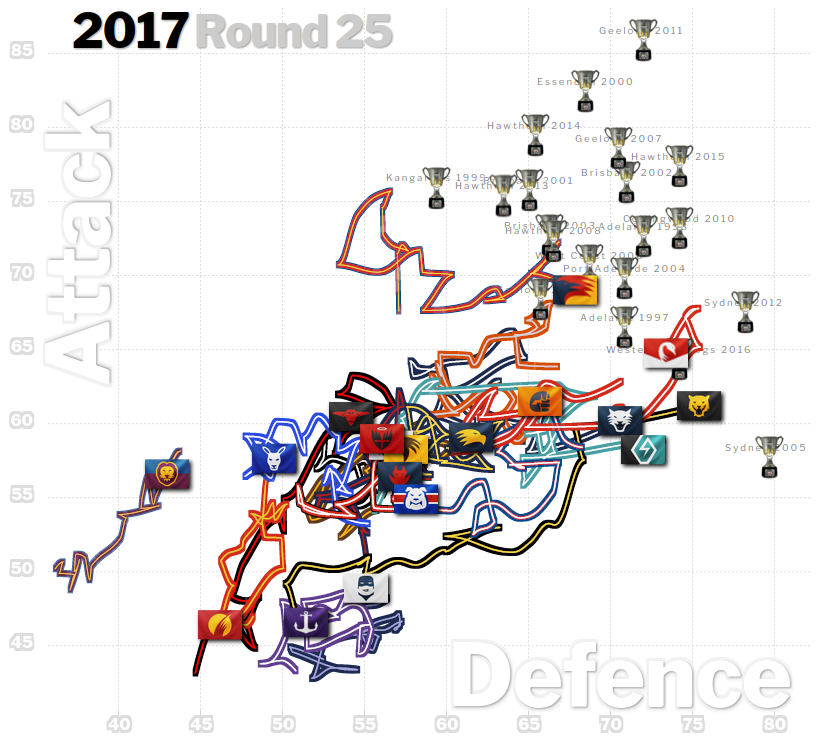 Geelong were so impressed by the 90 to 40 thing that Richmond did that they tried it on the Swans. And it worked!

This was a wild upset in the most obvious sense, because Sydney haven’t looked like losing a game for a long time, unless they were playing Hawthorn. But it was also something of a typical 2017 performance for Geelong, who have spent the year backing up weak performances with strong ones, and vice versa.

What that means, I’m not sure. But it was a real shocker for the Swans, who have been so good, they’re still ranked #1 on regular form even after that pasting. But it’s time to lower their flag:

The Giants looked a different team as well, after trialling a new game style where they actually look interested in football. This is a bit alarming because they were pretty good even before they got interested in football. The Eagles, however, retreated back to their squiggle nest where they’ve spent the entire season. This could really be the least squiggling from a starting point ever.

Still, both the Giants and Cats are positioned quite a way outside the premiership area, with only two games to make up ground. Richmond are closer, but are lower-scoring, which, as discussed above, has proven problematic for teams in the past.

With Sydney out of the way, it looks like Adelaide in a canter. 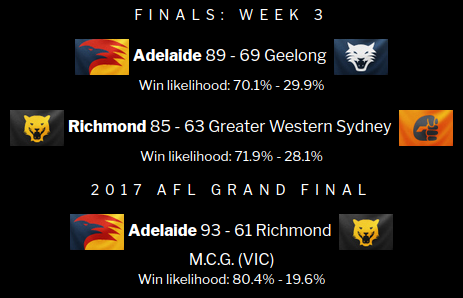 That said, it’s worth remembering how probabilities work, and that a 70% chance of a win followed by an 80% chance of a win sounds like something approaching a sure thing, but in truth it’s close to a coin flip (0.7 x 0.8 = 0.56) as to whether Adelaide takes out the flag or not.

Also, while Adelaide have been ranked #1 by flagpole non-stop since Round 1, they haven’t gotten to the heights reached by teams like Hawthorn, Geelong and Collingwood of years gone by. They’ve been the best team all year, but not by a whole lot. It would be a real surprise for the Crows to lose from here, but not a shock. 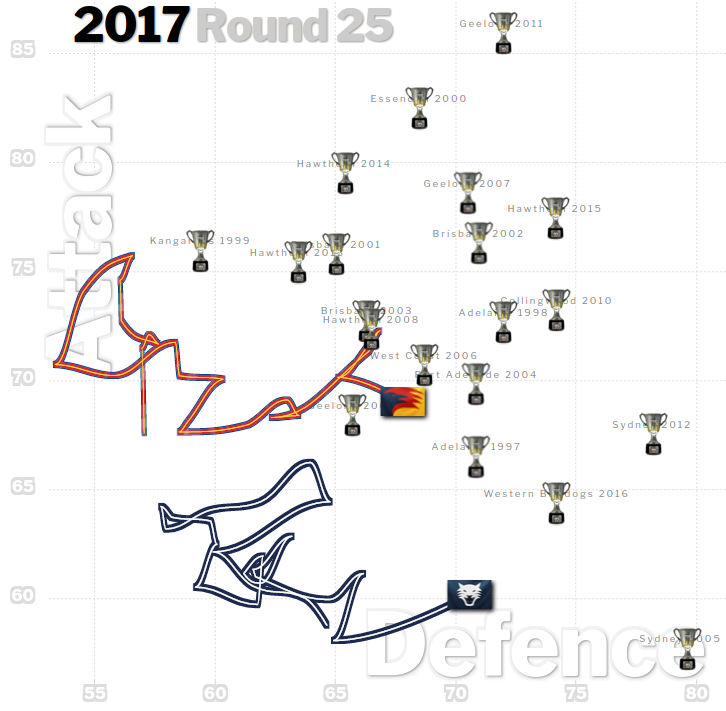 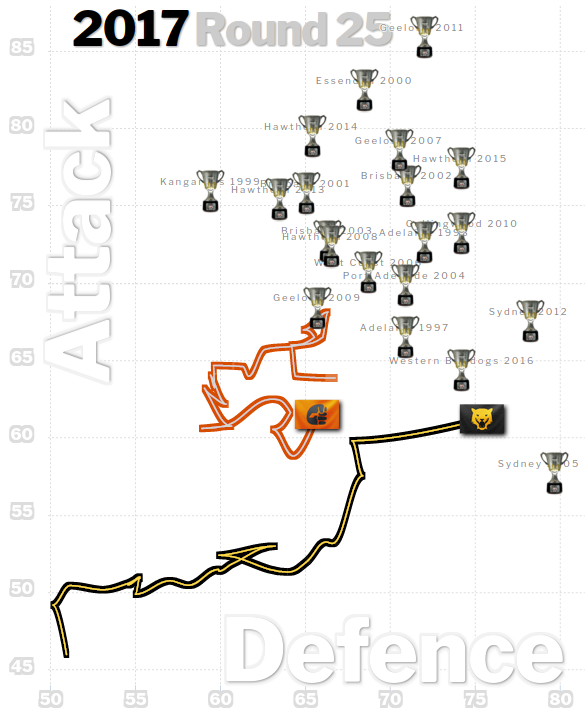